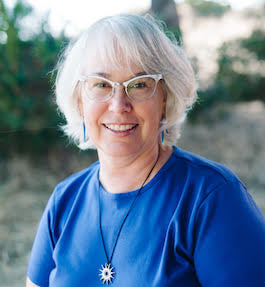 My life changed when I read Dracula at age 10 and then again when I saw Star Wars at 13. Telling true stories — and exploring cemeteries — came much later. To me, it’s all interconnected.

My latest book is The Spooky Writer’s Planner, co-written with Emerian Rich. We wanted to make an organizing tool for writers that would be inspiring and fun. It’s available as a paperback on Amazon or as a digital download through my Etsy shop.

My first collection of short stories, Unsafe Words, came out in September 2020. It’s a selection of my horror, dark fantasy, and science fiction short stories, from the pages of Cemetery Dance, City Slab, and Space & Time magazines, the Wily Writers podcast, and the books Demon Lovers, Sins of the Sirens, and The Haunted Mansion Project: Year Two, among others.

My novel Angelus Rose (co-written with Brian Thomas) came out earlier in 2020. Angelus Rose is the sequel to Lost Angels. The As Above, So Below series asks “If Romeo had wings and Juliet a barbed tail, could they find love in the City of Angels?”

It was my honor to serve as editor for Tales for the Camp Fire: A Charity Anthology Benefiting Wildfire Relief, which came out in May 2019. Twenty-four Northern Californian horror writers came together to raise money for survivors of 2018’s devastating wildfire in Paradise, California. Contributors included Nancy Etchemendy, Dana Fredsti, Ross Lockwood, Erika Mailman, Gene O’Neill, and more.

199 Cemeteries to See Before You Die, a guidebook to cemeteries around the world, came out in a gloriously illustrated full-color hardcover from Black Dog & Leventhal Books in October 2017. The UK edition was published in paperback by Sphere Books.

My space opera trilogy In the Wake of the Templars — The Dangerous Type, Kill By Numbers, and No More Heroes — was published by Night Shade Books in 2015. Publishers Weekly said the trilogy brought grimdark to space opera.

Between 1996 and 2006, I edited the cult nonfiction magazine Morbid Curiosity. I still believe curiosity is a radical, transformative trait. Morbid Curiosity Cures the Blues: True Stories of the Unsavory, Unwise, Unorthodox, and Unusual, a collection of some of my favorite essays drawn from the magazine was published by Scribner in 2009.

My travel essays have appeared on Mental Floss, The Daily Beast, GothicBeauty.com, as well as darkening the pages of Association for Gravestone Studies Quarterly, two Traveler’s Tales books, and the anthology Pills, Thrills, Chills, and Heartache: Adventures in the First Person (edited by Clint Catalyst and Michelle Tea). I explore graveyards as travel destinations at CemeteryTravel.com.

My short fiction has been anthologized in Best New Horror, Strange California, The Haunted Mansion Project: Year One and Year Two, Sins of the Sirens: 14 Tales of Dark Desire, and nEvermore!: Tales of Murder, Mystery, and the Macabre. My stories have appeared most recently in the magazines Occult Detective Quarterly, Space & Time, and Weirdbook.

I’ve been interviewed as a cemetery expert by Time magazine, USA Today, The Weather Channel, NPR, and ABC in Australia, and newspapers across the country including the Washington Post and the LA Times. I’ve spoken about cemeteries at the Horror Writers Association’s Stoker Con, the Science Fiction Writers Association’s Nebula Weekend, the Association for Gravestone Studies Conference, San Francisco’s Odd Salon, and the Death Salon. 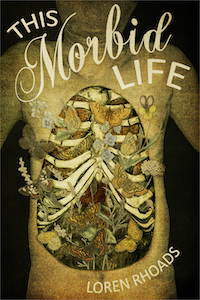 What others have called an obsession with death is really a desperate romance with life. Guided by curiosity, compassion, and a truly strange sense of humor, this particular morbid life is detailed through a death-positive collection of 45 confessional essays. Along the way, author Loren Rhoads takes prom pictures in a cemetery, spends a couple of days in a cadaver lab, eats bugs, survives the AIDS epidemic, chases ghosts, and publishes a little magazine called Morbid Curiosity. These emotionally charged essays showcase the morbid curiosity and dark humor that transformed Rhoads into a leading voice of the curious and creepy.

In the first full-length collection of her edgy, award-winning short stories, Loren Rhoads punctures the boundaries between horror, dark fantasy, and science fiction in a maelstrom of sex, drugs, and rock-n-roll. Ghosts, succubi, naiads, vampires, the Wild Hunt, and the worst predator in the woods stalk these pages, alongside human monsters who follow their cravings past sanity or sense.

The stories have come from the pages of the magazines Cemetery Dance, City Slab, Instant City, and Space & Time, the Wily Writers podcast, and the books Sins of the Sirens, Demon Lovers, The Haunted Mansion Project: Year Two, Tales for the Camp Fire, and more.

❖
No votes yet.
Please wait...
Did we earn a tip today?
$1.00 goes a long way. If you found this content helpful, drop a quick tip onto the table. We met the first goal that buys us two full-page ads in the HWA newsletter. Now, we’re working toward a goal of a banner ad at Nightmare Magazine.
0 comments… add one

Next post: How to Format a Short Story for Submission